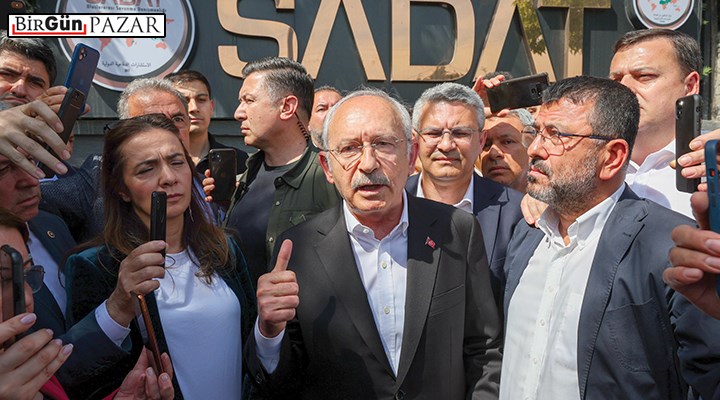 Escalating the economy, that is, spreading pitfalls and consolidating vulnerabilities, has been on the agenda since 2018. They built up by doing this back and forth. It can be understood even by noting the fluctuation in interest rate decisions. The latest oscillation appears to be more permanent at the moment; At least until the elections.

The escalation of politics towards elections is also observed in normal systems. But the situation is quite different in the AKP in Turkey. It would probably be more different in the current circumstances. However, it is not new that the AKP lost its majority in Parliament. The problem is the growing possibility that the majority will not protect them despite the MHP alliance.

It can also be believed that the AKP views the issue as follows: while preparing for the upcoming elections, the political line can be determined based on two different electoral outfits that have been tried before. The first of these was the 2009 local elections. The dose of political polarization/antagonism remained weak at home, and an attempt was made to create external tension by blaming the President of Israel. This artificial “external tension” did not find a response in the Turkish public opinion, as it did in the Arab countries. On the other hand, the effects of the severe economic downturn were reflected in the polls and the AKP votes fell to 38.5 percent. The other electoral situation was tried in two different ways in 2015: in June 2015, a compromise conception prevailed and the government lost its majority. Until November, this process was reversed and “success” was achieved by “overlooking” Turkey’s turning into a bloodbath. Later, the 2016 coup attempt was used in the 2017 referendum. In the 2018 and 2019 elections, the winds of polarization were not sufficiently effective and the ruling votes waned. Therefore, a great hostility policy is now needed again.

Let’s also take this into account: the government will run the general and presidential elections in June 2023 in a much weaker position compared to 2018 and 2019 and has become the focus of public reactions. Is it conceivable that a government with this dirty and dark record is waiting for the polls with the resignation of its fate?

Everyone felt and knew that the answer was negative, that the government would tighten its policy as it went to the elections, that the deepening of the current polarization would be more provocative, and that they wanted to break the harmony and make mistakes by committing the opposition. Angry, they would use law enforcement and judiciary sticks for this without hesitation. Concretely, there was partial, if not complete, uncertainty about which instruments would be operated. Preparations to amend the electoral law and political parties were known, for example, but the new law had a more dispersed effect on the opposition front than expected by invalidating electoral alliances. By manipulating the structure of the electoral councils, a move was made for these councils to have a more “engaged” structure of power; In other words, in places that could not be won by large margins, it was ensured that the results were “at the mercy” of the electoral boards. These were also set up to play the opposition’s batons and demoralize them.

The guillotine of the judiciary was already continuously engaged in political criminal cases, which acquired a directed structure of the government, which is fundamentally inconsistent with Constitution 138. Lawsuits were brought against the admirals who defended Montreux, and the sham trial on February 28 resulted in convictions, and the Banning the freedom of Kavala and Demirtaş despite the decisions of the European Court of Human Rights, etc. It was the “challenges” of the last period. The increasing importance of the Ukraine war to Turkey in the eyes of NATO and the West made Erdogan’s government feel freer. The convictions in the Gezi trial and the outcome of the Kenan Kaftancioglu trial also mean the government’s operations to escalate tensions, anger the opposition, and test the West – albeit not surprisingly.

At the moment, it is not known where the end of the Test West will lead. For example, could it be a harbinger of some practical preparations to tip the election results in their favour? We can ask the question another way: Is the government preparing for an exceptional regime? Not surprisingly, however, despots would decide on an emergency regime if given the opportunity. It may be up to the opposition’s will and ability to organize public reactions to such a possibility or not.
In this context, the movement of the leader of the main opposition party against “Sadat”, a paramilitary institution that arose in the outskirts of power, is correct. Kilicdaroglu says: “The Sadat we are facing now is a paramilitary organization. They were advisors to Erdogan until yesterday. Among the goals of this organization are unconventional war training. Any sabotage, raid, ambush, destruction, assassination and terrorism. Organizations like Sadat are responsible for anything.” Overshadowing the elections here and in the palace.Erdogan, take the scraps of the paramilitaries, whatever you do.I know you intend to increase your ruthlessness as the election date approaches.If you expect help from Sadat, know that if we are afraid of these tyrants involved in all kinds of filth,we are Unfaithful! (…) This will be the election. The CHP will do its best to hold the elections in this country through democratic means. The security of the elections will be guaranteed at all costs. You will go to the ballot box and cast your vote comfortably. There is the CHP. We Here for 100 years. Don’t worry.”

This initiative and statement is a combination of government efforts to draw attention to and challenge preparations for an extraordinary regime, and to instill morale among the people by giving the CHP guarantees of election security. The work itself is an exciting warning of the direction developments could take, and points to an equally harsh path.

Undoubtedly, it is correct today to take antibiotics as a symbol. However, it should not be overlooked that the interventions in “ballot box democracy” came about through the partnership between NATO and the Systemic Internal Forces (TSK). Without their consent, Sadat would be nothing.

Conclusion: What is happening in the economy?

Everything is going badly in the economy. The Palace System could no longer only deny facts, it was unable to construct a new reality. It cannot be hidden that the face of the system is facing the wealthy/capital, and that the current “program” is not an exit strategy. Strength falters in the contradictions between rhetoric and action, and signs of despair multiply.

In this case, instead of defending in the economy, the attack begins. It is not enough to throw the ball at external forces/external influences, independent economists who refute this and show the responsibility of authority are targeted, and this title seeks to be attributed to critical economists by disguising their mandate.

The bourgeoisie of the comprador has not objected to the model of ultra-liberal accumulation and nepotism that it has so far followed. The opposition’s objections never went beyond the “gang of five”. The government is now making some desperate transitions from a floating exchange rate regime to a controlled exchange rate regime. Does the opposition only criticize them? Even in the post-AKP era, is there no longer the question of controlling capital movements before Turkey?

When does the challenge in politics reflect on the economy? When do you find a political response that there is no real alternative without critiquing the economic system? We are also looking forward to it.