Representatives discussed a greater presence of women on radio and television 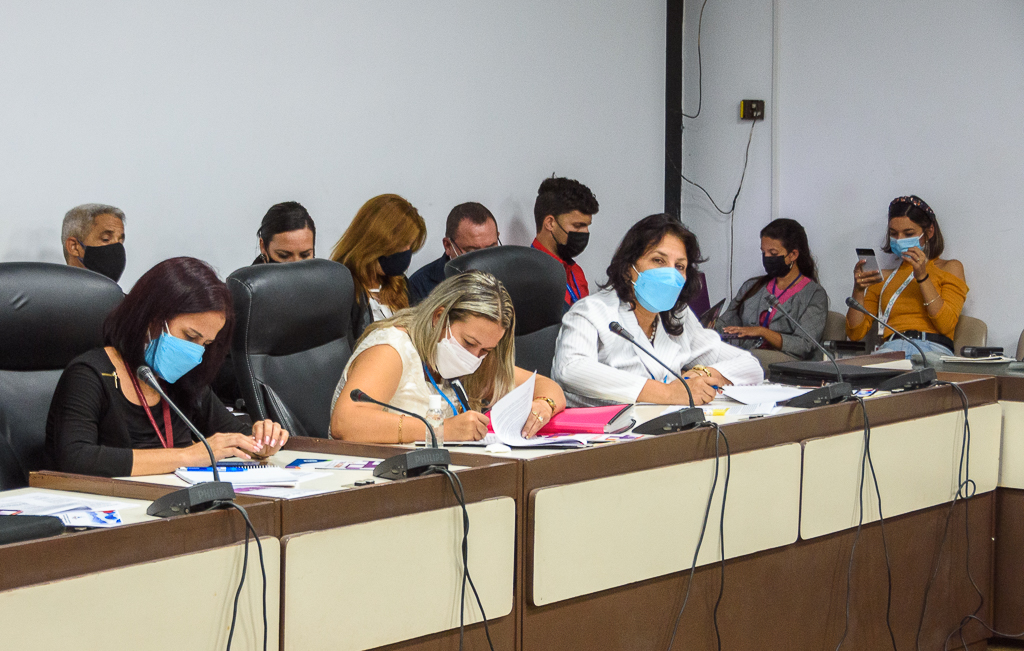 Havana, – On Friday of the Fifth Extraordinary Session of the Ninth Legislature of the National Assembly of People’s Power, the Committee for Concern for the Equal Rights of Youth, Children and Women presented the report with the results of the examinations carried out for the implementation of the presidential decree “Program for the Advancement of Women in Cuba”.

From a sample of 18 municipalities from 15 provinces, including the private municipality of Isla de la Juventud, representatives note progress in implementing the program, but that there are still shortcomings in the scope and dimensions of benefits and measures that directly affect women in rural and urban communities.

In this sense, the Deputy Prime Minister of the Republic of Cuba, Ines Maria Chapman, highlighted the momentum generated in each municipal and territorial government by the Presidential Decree, but insisted on the importance of incorporating permanent analysis into the meetings of the Temporary Working Group, Council of State and Ministers. 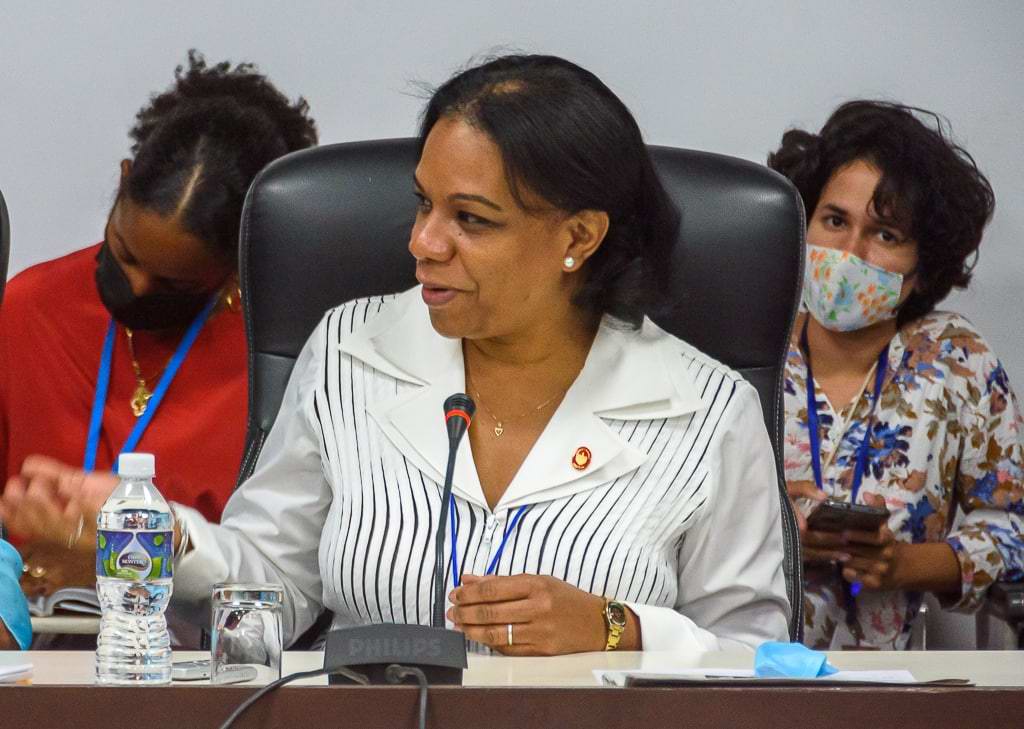 “When the work carried out so far was presented to the Secretariat of the Central Committee of the Party, the President of the Republic of Cuba and the First Secretary, Comrade Miguel Diaz-Canel, emphasized the question of communications, and stressed that he must every day leave something about the work of women in Cuban society, Chapman Wu commented.

The public official emphasized that every day there are life stories of Cuban women, “Look around how many women are here, there are many who are economically empowered, and they do joint work to care for families as well as in society, the economy and protect the environment”, confirmed.

The lack of sufficient importance for the women’s area in the neighborhood, the delay in the search for job offers for the unemployed, the conscious promotion of telecommuting and teleworking, the deliberate formation of gender committees in governments and state institutions in each of which were national territories, as well as the envisaged capacities to care for the children of working mothers, Among the issues lurking in the debate are parliamentarians who are members of the Committee on Youth and Children and Women’s Rights to Equality.

The deputy of the municipality of San Luis, Santiago de Cuba, Medellís Vicente Fernández explained before the commission that women are not being offered self-employment to make up for the lack of job offers that exist in the provinces, particularly in the municipalities.

From the province of Ciego de Avila, Representative Danielle Canizares Carbonell warned of the need to provide rural women with more information regarding the Women’s Advancement Program.

“The union has arrived, but not the daily friction experienced by working women, for example, who listen to the radio about what lives in a town but the wife of a peasant, nursing homes are practically non-existent. They have to devote themselves to caring for children or the elderly, Cañizares Carbonell said, This is the issue that worries me the most at the moment.

From the same province of Santiago de Cuba, Representative Barbara Risquet Medina explained that they have taken upon themselves the task of interviewing many of the women in the communities and “the knowledge they have about this program and the great potential it offers to empower them”. 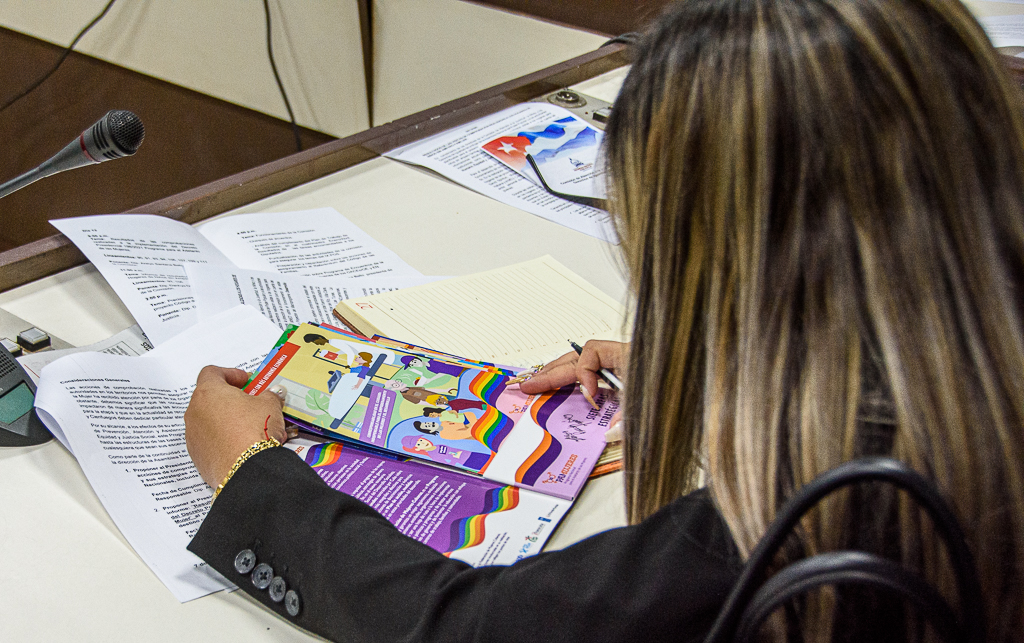 Rep. Eldes Baratoot, from Guantanamo, called for advocacy, especially with regard to girls and teenage girls “because when they reach 30 years old, they feel it’s normal to be assaulted in any place or area.”

In the afternoon session of the National Assembly of People’s Power, Minister of Justice Oscar Silvera Martinez exchanged with deputies of the Committee for Concern for the Equality of the Rights of Youth, Children and Women details of some of the contents of the draft “Families Law”. , The preliminary result of the popular surveys conducted for a period of three months in the national territory.

The Chief Justice commented that a set of common themes were identified at every community meeting, such as marriage and adoption by same-sex couples; updating of parental responsibility by parental authority; The theme of the gradual autonomy of boys, girls and adolescents appeared; Solidarity achievement, especially in the changing form of how it is avoided or not, that it can become a commodity for that institution; surname order agreement; The ability to make a will for children from 12 years of age, among others.

In this section, Havana’s Deputy, Danis Diaz Pereira, Vice-Chairman of the Commission, highlighted the efforts of jurists and staff of municipal and provincial electoral bodies for their contribution to the development of the debate and the collection of norms from the population at large.

“Without wanting to give prescriptions, we sit down at the university with all the student and youth leaders to explain to them that they are ultimately responsible for the success of the meetings in their community because we cannot be hypocritical,” José Antonio Echeverria, General Secretary of the Communist Youth Union of the Technological University of Havana.

“You can’t be at your university eating the lion as the leader of the university students’ union, FEU, and not even knowing when the process will end. So, because our political system is designed, integrating ourselves for that works well for us,” explained Danis Diaz Pereira, Vice President of the Commission .

Similarly, Díaz Pereira called attention to continuing to explain in a timely manner the aspects that continue to raise doubts and fears in the popular consciousness, specifically in the youth sector due to the length of the legal document and the legal techniques that complicate its correct understanding. ..

I listened Radio suggestion from us tv channel