With films like “Scanners” or “The Fly”, David Cronenberg has little left to prove, but it seems that the next “Crimes of the Future” is not a farewell to cinema. After being warned that he’s dropping out in Cannes, he doesn’t seem to want to go back for another break, and Variety reports that His next movie will be titled The Shrouds and he will be reunited with Vincent Cassel.

The French actor has starred in previous Cronenberg films such as “Eastern Promises” (2007) and “A Dangerous Method” (2011) and will re-team with the director as the lead playing a character named Karsh, described as “A grieving businessman and grieving widower builds a device for communicating with the dead inside a shroudCronenberg will write and direct the film, and Filming will start in March 2023.

The rest of the cast hasn’t been announced, but There is a small summary of what you will deal with:

Karsh’s revolutionary actions are about to break into the international mainstream when many graves within his tomb are vandalized and nearly destroyed, including that of his wife. As he struggles to unearth a clear motive for the attack, the mystery of who the chaos will lead to and why Karsh is to re-evaluate his business, his marriage, and his fidelity. For the memory of his late wife, as well as pushing him to new beginnings.” 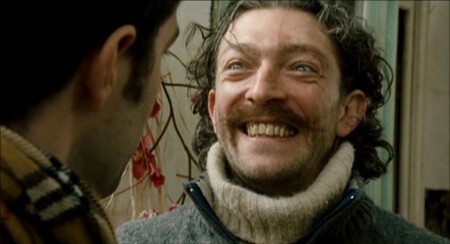 “We are delighted to embark on a journey into the newer world of David Cronenberg’s iconic imagination. His ability to write clever and offbeat scripts and then translate them into unique on-screen experiences makes him a unique voice in the film.”